On 1 of January, 2016 in Kharkov, with the support of European Endowment for Democracy a new gender project – “Centre of gender culture as an innovative center of interactive gender education” began to implemented.
The aim of the project is creation and development in Kharkiv of the Centre of Gender Culture – permanent innovation structure, systematically working in the field of gender non-formal education for adult, which based on the idea of Long Life Learning. 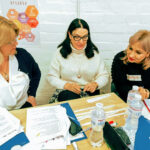 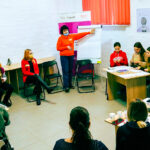