A poster exhibition telling the stories of 37 important Kharkiv women went on display at the city’s Avec art gallery yesterday.

The organizers of the exhibition say that the contribution of women to Kharkiv’s scientific, industrial and artistic life are rarely recognized in literature and research concerning the city.

Based on research carried out by Kharkiv’s Gender Culture Centre last year, the stories are color-coded according to the subject’s area of work: shades of green for medicine and biology, reds for the arts, and orange for historical and social pursuits.

Among the women are the actor Ludmila Hurchenko, artist Varvara Karynska, who worked with Salvador Dali, the cardiologist Lubov Mala, whose medical center saved thousands of lives.

The subjects’ stories are told in both Ukrainian and English text, and an audio guide is expected to be added soon.

“These women – they gave their lives and expressed their creativity, contributed to the development of science, culture, sport, education, medicine, art, literature and social activities not only in Kharkiv, but in Ukraine and all over the world”, said Tetiana Isaieva of Gender Culture Centre, and one of the exhibition’s organizers.

She added that priority had been given to figures from the 19th and 20th centuries, as the achievements made “should be confirmed and verified by time”.

The subject of the exhibition represent only a fraction of the Kharkiv women to whom more attention deserves to be given, the organizers say.

The exhibition lasts until August 31, after which it will be relocated to the gallery’s second floor, where it will remain for a further two months.

Exhibition Writes Women Back Into History 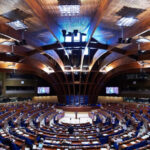 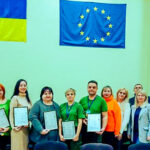